A Head Above The Rest

Headstart® is a trading arm of Five 8’s Promotions an Australian Company based in Queensland, marketing sexual health products to the public.

Our aim is to supply only proven and quality products at competitive prices and supplied with exceptional customer service.

Our proprietor is Adam Williams and Adam has a story. 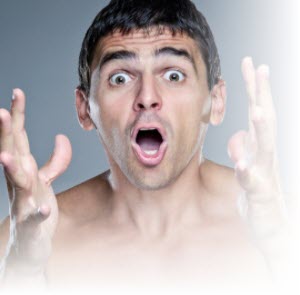 As a young adult and during the Grim Reaper HIV AIDS epidemic I experienced a condom breakage due to there not being enough lubricant.

You could say things went a little dry.

A visit to my local chemist asking him if there was any portable lubricant or sachets that I could purchase resulted in him telling me that they did not actually sell sachets of lubricant.

He did however have some sachets of lubricant which were samples of the tubes and bottles he had on display to sell.

Upon seeing my disappointment at not being able to buy any lubricant in sachets he allowed me to take half a dozen of these sample sachets and try them.

On my next night out, I put a condom and a lubricant sachet in my wallet and ventured out. Not long into the night when opening my wallet, the lubricant had split and leaked all through my wallet, very messy and very inconvenient.

So, the next time I went out I put the condom and extra lube sachet in a plastic bag and put that in my wallet. Later on that night upon inspection of the plastic bag package I observed that this sachet had also leaked inside the plastic bag.

Frustrated I gave up on that idea and forgot about it.

Less than a year later at a low point in my life having left my last place of employment, driving down the road I had a sickening feeling. I did not have a job and did not own my own place. In fact, I was living with my parents along with my dog as company. Familiar anyone?

I truly was down and after trying out many different jobs it then hit me like someone had just slapped me in the back of the head. I suddenly had the thought that I could join a Condom and Lubricant sachet together and repackage it in a vacuum sealed aluminium foil pouch. As an ex-chef I had handled vacuum seal machines before, vacuum sealing meat and veggies so they would last longer. This I believed would protect both the Condom and Lube if dropped or sat on.

I thought why not make my idea into a business. I needed a name for the new business and after lots of thought I came up with Headstart® and conceptually Headstart® was in gestation but not yet born. It would however be a long gestation period.

I would need to protect my idea, so I set about the long procedure of designing for my ‘idea’ and all else that was needed to turn my ‘idea’ into reality. However, after a year or so of waiting and spending a ton of money I decided to put it all on the back burner and maybe one-day try again. Maybe sell my idea to a Condom manufacturer?

Years later during the current Covid-19 pandemic and again at a low point in my life I was again thinking hard about what I could do to turn my life around. Then I had an epiphany moment and realised that with the help of today’s technology I could revisit my original ‘Headstart’ idea and this time turn it into reality.

I researched my idea and satisfied that I could make it a success, trademarked ‘Headstart®’ and developed a process to package both a Condom and Lube Sachet joined together in a vacuum sealed pouch. I spent time on the marketing aspects of the business, had a website developed, spent hours with my accountant and solicitor and voila today we have Headstart® the business. The baby is born!

I am looking forward to being a leader in helping to protect people‘s safety, health and lives and educating the youth of today in sound safe sex practices. My son has just turned 16 and will himself be experiencing the excitement of life as a young adult, full of impetuous energy and desire to enjoy life to the fullest.

To empower women to let them be in control of their sexual activity and not leave it up to the man to eradicate the stigma sometimes associated with Condoms.

To assist in reducing unwanted pregnancies and with an important focus on the young gay community as in the extra lubricant is mandatory and if not lubricated it will not happen.

With the assistance of Clive Woodworth from Glyde Health Australia I hope to have my products being used by as many people as possible, because don’t forget ‘it’s all about the Lube’.

Try us and see!